What evidence supports the Waitaha Histories?

At present a fierce debate rages over when Aotearoa was first settled. While it remains largely unresolved a vast array of new material has been generated by the debate.
The Pacific Rat
In 1991 Dr Richard Holdaway, an extinction biologist, stunned the academic world when he published a paper that said Pacific Rat bones he had recovered during an excavation in a South Island cave returned a radio-carbon date that placed them in Aotearoa at least 2,000 years ago. This was a huge surprise to him and everyone else; they were here 1200 years too soon.
These rats were not native to Aotearoa and unlike the Norwegian Rat they can’t swim. They could only reach this far-flung land as stowaways on vessels navigated by people. Such was the excitement about this dating that Dr Holdaway was challenged to find and provide more rat bone to be C14 dated. He recovered more rat bone in a North Island cave in Hawkes Bay. In addition he recovered bird bone and ensured his finds were excavated below the ash of a known volcanic eruption reliably dated as 230 AD.
The results added fuel to the flames because the original 2,000-year-old dates held up and some bones were even older. This added credibility to his earlier results.
The presence of the rats as an indicator of human arrival is still a matter of great debate. However, at a New Zealand archaeological conference a few years ago, when asked for a show of hands, 52% voted that there were people here before the established date of 1200 AD.

The fires that burned too often


Pollen analysis: A whole new science has developed in recent decades to help reconstruct the landscape of the past and understand human impact upon it. This involves taking core samples through the bed of an existing lake or bed of a former lake. When the probe goes deep to gather cores it penetrates ancient layers of time that reveal landscapes that existed in the distant past. And record in several ways the intervention of humankind.
Two main components bring the past into today. Pollens that drifted in the air hit the water surface of the lake and sink to the bottom. There, in the sludge of that age, they survive. Protected, coated and clothed by nature and free of oxygen, they do not decay. When captured within the core, identified and counted layer upon layer they reveal a vivid picture of the past and a date. Charcoal fragment, minute particles born of fire also drift in the wind and find they way to the bottom of a lake and remain until captured by the core. They too tell their story and for those who study these things the fires suddenly become too frequent to be caused by lightning.
When the forests start to be replaced by bracken fern, an indicator of clearing for gardening, and the fires ramp up to suggest burning and clearing and cooking, people announce their presence. These things say we are here.
Pollen dating and fire frequency supports Holdaway’s work providing at dates that often exceed 2,000 years of occupation.

Whakapapa
The genealogies or whakapapa, held by Waitaha and other iwi, support arrival some 2,000 years ago. That sacred chain of knowledge, that honours their ancestors through the ages, has been kept intact over many centuries.
Many marae have ancestors, of the time of the Nation of Waitaha, carved into their Meeting Houses. The knowledge of the ancient days is recorded not only in chants and stories but also by the sharp edge of the blade.
‘We know our story, we know the truth of our past,’ say the elders. ‘It is not for others to decide our past, to question if we ever existed and write our story to meet their expectations.’ 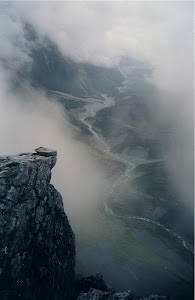